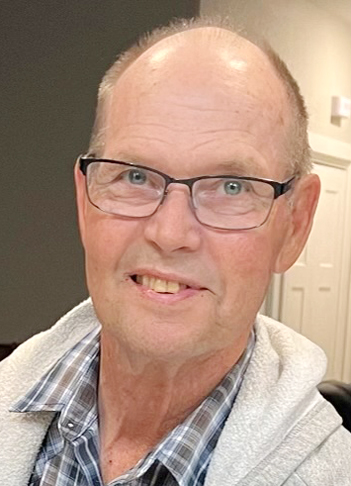 Jeffry Allen Johnsrud, 68, a lifelong resident of rural Watford City passed away on Aug. 30, 2022, peacefully at his home and surrounded by his loving family.
Jeff was born to Alvin and Cecelia Johnsrud on June 21, 1954, and was the oldest of three children. Jeff graduated from Watford City High School in 1972, and attended North Dakota State School of Science in Wahpeton, N.D., for heating and air conditioning training. He returned to Watford City and worked at R&T Plumbing for several years before purchasing part of the business, which then became Great West Plumbing and Heating in 1983. During his time working Jeff was one of the unsung heroes of Watford City, not only as a volunteer fireman, but also replacing water mains, sewer mains and having one of the only backhoes in town, digging many, many graves at the cemetery. His vast knowledge and pocket screwdriver, will be missed by many.
Jeff met the love of his life, Ann Faulkner in the spring of 1969, during a record dance at the Catholic Church in Watford City. The two lovebirds were married June 22, 1974, just one month after Ann’s high school graduation.
Jeff and Ann welcomed three children to their family, Justin, Erica and Bret. The family enjoyed spending time at the lake with friends, fishing, good jokes and laughing together. Jeff had a love of sports, including playing basketball, baseball and softball in his younger years and later in life, following his children and grandchildren in whatever sport was going on at the time. He loved his family and it showed in all he did.
Jeff began experiencing symptoms of Multiple Sclerosis in 1982, which forced his retirement from Great West in 1999. In his retirement Jeff became a self-proclaimed “wood butcher” and spent his time making ducks, Cherry Creek woodpeckers, reindeer and always looking for that perfect “treasure” for a someday project. Later, Jeff spent his time crafting hundreds of vases from old cedar fence posts. Jeff used his skills and knowledge to help each of his children build and improve their houses and most importantly, how to fill them with laugher and love to make them a home.
Jeff was extremely proud of his yard, even living in the county it was rare to find any weeds growing in his grass. It was often joked that he talked to and combed his grass routinely, it was beautiful and the envy of many. He could often be seen in the mornings with a five-gallon bucket picking weeds, especially dandelions before they could go to seed. It was only after his kids all went away to college that Jeff broke down and purchased a riding lawnmower, but always made sure to mow in different directions every time so as not to leave tire ruts in the lawn. His kids have inherited this trait as well.
Jeff was a man of great wit - he had so many great one-liners, which will continue on as he is remembered. “Yes, dear,” “don’t do once what you don’t want to do the rest of your life,” “not fit to pick eggs,” “thanks for the warning,” “don’t bring home anything you can’t wash off,” and “endeavor to persevere” were some of his favorites. He was a great conversationalist and never met a stranger. Everyone he met looked forward to their next conversation with him.
Jeff is survived by his beloved wife, Ann; children, Justin (Nikki) Johnsrud, Erica (Chas) Johnsrud and Bret (Lacey) Johnsrud; grandchildren, Judd, Carter James Julius, Courtney and Callie; brother, Jim (Vonnie) Johnsrud; sister, Ruth (Mark) Gress; sisters-in-law, Mille (John) Larson and Wanda Faulkner; brothers-in-law, Duane (Kim) Faulkner and Wesley (Cheryl) Faulkner; numerous nieces, nephews and his many friends.
Jeff was preceded in death by his precious granddaughter, Gracie Johnsrud; his parents; in-laws, Bill and Millie Faulkner; sisters-in-law, Lila Opsta and Wilma Smith; and nephew, Cole Gress.
Jeffry’s visitation was held on Friday, Sept. 2, 2022, from 12 to 6 p.m. at Fulkerson Stevenson Funeral Home of Watford City.
Memorial services were held on Saturday, Sept. 3, 2022, at 10 a.m. at the Rough Rider Center in Watford City. Hayley Moe officiated.
Memorials can be sent to the Gracie Johnsrud Memorial Scholarship Fund at First International Bank & Trust of Watford City.
Arrangements under the direction of Fulkerson Stevenson Funeral Home of Watford City