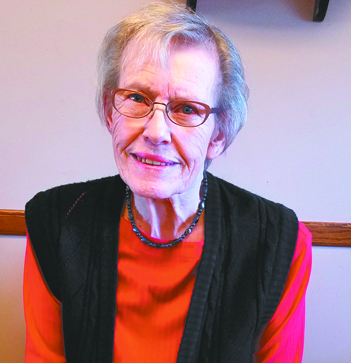 Joanne Marceline Skarda (Blegen), age 86, passed away on Nov. 30, 2021. She is now free from all the pain and mobility problems that troubled her in her later years. Joanne was born on Dec. 18, 1934, in Watford City, N.D., to Eddie and Margaret Blegen (Sivertson). She was the second of three children. They lived on a farm by the old Berg store with Eddie’s father, John Blegen, who died 5 years later and they continued living in the same house. She attended Clear Creek Church as a child and went to school at Berg School. After graduating the 8th grade, she attended Watford City High School. She stayed in Watford City at a house with several other girls while attending school. After that she worked at several jobs while living in Watford City before meeting her husband, Jack Skarda. They were married in September 1955, at the First Lutheran Church of Watford City. They had 4 children, Charlotte (Greg) Willis, Gary (Kathy) Skarda, Wayne (Kim) Skarda and Randy (Tana) Skarda. They enjoyed attending rodeos and going fishing. They made their home in New Town until moving in 1958 to the site of their current home, south of Keene. In 1959 they leased and later bought the house and store in Keene. Joanne was active in the Clear Creek Church Ladies Aide and in the Keene craft club. She also enjoyed making ceramics with a group of ladies at Virginia Lund’s house in Keene. She worked at the store in Keene while Jack was busy at the farm. In 1969 they moved a house onto the farm and moved into that house. Joanne continued working at the store. They sold the grocery store in 1973 and were at the farm full time. She enjoyed gardening and mowing the grass. She had a big garden when the children were small and canned enough for the whole winter. She was very active helping the Ladies Aide making quilts for the local graduates and Lutheran World Relief. In her later years she enjoyed her puzzle books and visiting with people in person and on the phone. Joanne was a loving mother, grandmother and great-grandmother who loved to see the children. Some of the grandchildren would spend the summer on the farm and really got to know their grandparents and enjoy farm life such as climbing the buttes and jumping hay bales.
Joanne is survived by her husband, Jack; brother, Raymond (Lois); and her children, Charlotte Willis (Greg), Gary Skarda (Kathy), Wayne Skarda (Kim) and Randy Skarda (Tana). She is also survived by numerous grandchildren; and several great-grandchildren.
Joanne was preceded in death by her parents, Eddie and Margaret Blegen; her sister, Arlene Johnson; and infant granddaughters, Melinda and Shawna Willis.
Visitation was held on Dec. 5, 2021, at the Fulkerson-Stevenson Funeral Home in Watford City. Funeral Services were held on Dec. 6, 2021, at the Clear Creek Lutheran Church at 11144 35th Street, Keene, N.D. Pastor Robert Schmidt officiated. Burial followed at the Clear Creek Cemetery in Keene, N.D.
Memorial contributions can be made in Joanne’s name to the MCHS Benefit Fund, P.O. Box 1461, Watford City, ND 58854. Arrangements are under the care of Fulkerson-Stevenson Funeral Home, Watford City