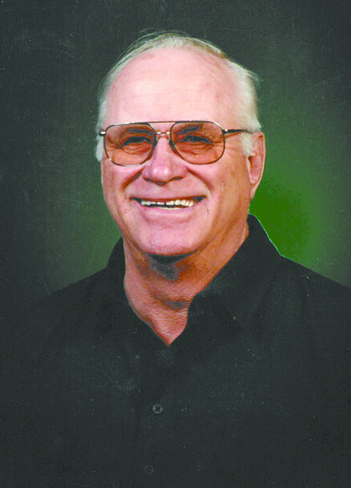 Kenneth “Kenny” Eugene Johnson was born on Sept. 11, 1937, in Watford City, N.D. He passed away peacefully on Aug. 31, 2021, at Bethel Lutheran Home in Williston, N.D. Fulkerson Stevenson Funeral Home of Williston is assisting the family.
Kenny was born to Alfred and Marie (Mandal) Johnson in Watford City. He was raised on the family farm and educated at the Arnegard School, graduating in 1956. He and his 13 brothers and sisters worked on the family farm from a young age as well as helping neighbors with their crops.
Kenny enlisted in the Army in July 1963 in California. He spent most of his time in the military overseas in Germany which he loved. He was rated as a sharp shooter with an M-14, and was a driver and a mechanic. He spent a lot of time driving his superiors around which he really enjoyed. He was honorably discharged in November 1966.
Kenny worked at Dube’s Transfer hauling furniture all over the country, and also worked at Getter Trucking. He spent the next 30-plus years working for the Lippert family at GL Trucking & Rental as the general manager and dispatcher. It was well known that Kenny knew where every location was, and knew every highway, gravel road or cattle trail within a hundred miles in any direction. If one of his drivers got lost, he could give them directions to get where they were going.
Kenny met Coleen Lund in 1964 at the State Line Club during a rodeo. They loved to go out dancing and were often complimented by other couples at how good they were together. They were united in marriage on May 21, 1966, at the Bethel Lutheran Church in New Town, N.D. From this union, two children were born, Shelli and Eldon. They bought their first home in 1970 which was located on 13th Avenue West in Williston. In 1977, they purchased their dream property and have lived there happily ever since. Through the years they planted huge gardens which produced lots of vegetables including pumpkins, which Coleen and the kids would sell by the side of the road.
When he wasn’t working, he enjoyed hunting, fishing and camping, in his early years. What he came to enjoy most was taking care of their huge yard, which became a favorite pastime for both of them. Kenny was also very handy and could build or fix just about anything. When many people are asked what comes to mind when they think of Kenny, it is his infectious, boyish laugh and quick-to-smile demeanor that they remember. He always had words of encouragement, when they were needed, as well as a swift kick in the rear end, also when needed.
In 1988, Kenny and Coleen’s first grandchild, Zak, was born. It was then that he found his new calling in life, being a grandpa! In all, Kenny and Coleen had 7 grandchildren, Zak, Kenzie, Jacob, Jackson, Kailee, Isaac and Clara. When they were little Kenny liked to call them his “hired man” or “hired hand” and took them on adventure rides in his beloved Chevy pickup. He also loved to feed them their bottles when they were babies, and even tried changing a few diapers, which could be a difficult, and sometimes messy, endeavor for him. At least he tried!
Kenny was blessed to have a very large and loving family. He was preceded in death by his parents, Alfred and Marie Johnson; step-father, William Albrightson; mother and father-in-law, Martin and Clara Lund; brothers, Arnold Johnson, Alden Johnson, Phillip Johnson, Einar (Rick) Johnson, Ronald Johnson, Billy Albrightson, and Keith Albrightson; sisters, Sonja Haugen, Delores Johnson and Betty Grove.
He is survived by his wife, Coleen; daughter, Shelli (Dwight) Patch, all of Williston; son, Eldon (Amy) Johnson of Oxbow, N.D.; sister, Mary (Pat) Falcon of S.D.; brothers, Mervin (Claudette) Johnson of S.D., and Steven (Dustee) Albrightson of Williston; sister-in-law, Coreen (Richard) Beard of Williston; brothers-in-law, Donny Lund of Watford City, N.D.; Noral Haugen of Arnegard, N.D.; seven grandchildren, many nieces and nephews.
Family, friends, and others whose lives Kenny touched were invited to his celebration of life, held at 11 a.m., Saturday, Sept. 11, 2021, (his birthday) at Light of Christ Church in Williston, N.D. Pastor Kevin Beard officiated. Burial was held at the Hillside Cemetery in Williston, N.D.
Visitation was held from 10 a.m. to 6 p.m. on Friday, Sept. 10, 2021, at the Fulkerson Stevenson Funeral Home Chapel in Williston, N.D., and one hour prior to services at the church. A Family Service was held at Fulkerson Stevenson’s Funeral Chapel on Friday, Sept. 1