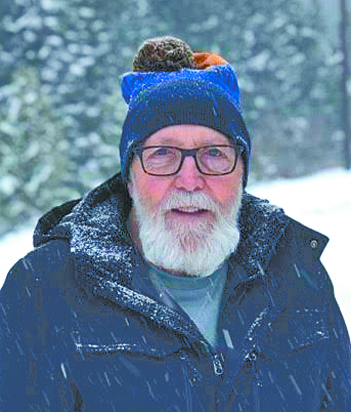 Otto Sovig, 89, of Watford City, N.D., formerly of Williston, N.D., passed away peacefully Dec. 14, 2022, with family by his side.
Otto was born Feb. 13, 1933, on the family farm near Arnegard, N.D., where he was raised. The youngest of 10 children, he made his mark with his winsome mischievous smile and curious nature that captured everyone’s heart. He attended school in Arnegard and openly admitted his emphasis was on playing basketball and baseball.
He met the love of his life in his first-grade class and would enjoy her friendship through school and later marry her. Otto served four years in the United States Air Force after high school graduation and then completed his education degree at Minot State Teachers College. He and Arlis Jean Peterson were married on Aug. 19, 1957, until her death on Jan. 20, 1994. They raised three children together in Williston, N.D.
Otto was avid about sports both as a participator and spectator. He loved baseball, basketball and downhill skiing best. He continued skiing until he was 80.
He had a servant’s heart and was always willing to share his time and talents to help anyone out with a project. For many years he served at the Our Redeemer’s Lutheran Church on the finance board, ushering, and operating the radio booth to broadcast the sermons. Through his life his faith in God did not waver.
Teaching, farming, and building were his passions and he excelled at them all.
Otto taught school in Watford City, Arnegard and then Williston, where he taught Science at the junior high. Teaching came naturally to him and many students loved his teaching style.
He spent many years farming near Arnegard and it was in his blood to do so. He loved farming. He was a finish carpenter and an incredible builder and it was his joy. There wasn’t anything that he could not build. His favorite thing as a kid was receiving a toy so he could take it apart and put it back together.
Working hard was part of who he was and he had many different jobs through the years. Some of the enjoyable ones he often mentioned were as a telegrapher for Great Northern Railway, working with his best friend, Herb Hanna in insurance, and being a landman during the Bakken Oil Boom.
Born to a Norwegian family he enjoyed making lefse, krumkake, and rolla polsa. He was known for his barbequed ribs. One of the important parts of his day was attending his coffee club. It was a routine that meant a lot to him. When he travelled out of Williston he would always be anxious to get back to the coffee guys.
Otto had a brilliant magnetic personality. Anyone who was around him, even if just once, would recognize that he was extraordinary. And he was. He had a fabulous sense of humor and was just simply fun.
He was married to Margret Sipes from 1998 until their divorce in 2020. He had a long journey dealing with dementia spending the last two-and-a-half years in nursing home care in Watford City. He was a favorite of the staff at the Good Shepherd Home and they cared for him so well.
For those of us who loved him, we will have deep sorrow, but we will find deep joy when we remember this beautiful man and the memories we will keep of him.
Otto is survived by his son, Mark Sovig of Arnegard, N.D.; daughters, Lisa Zahn of Vancouver, Wash., and Karla (Bruce) Zimney of Garrison, N.D.; five grandchildren; nine great-grandchildren; and two great-great-grandchildren. He is preceded in death by his parents, John and Ella Sovig; wife, Arlis (Peterson) Sovig; daughter-in-law, Nadine (Jepson) Sovig; all of his brothers and sisters and their spouses, Elton Sovig, Clifford (Alice) Sovig, Edwin Sovig, Joel Sovig, Oscar (Anne) Sovig, Henry (Irene) Sovig, Arnold Sovig, Ovedia (Bill) Krivobok and Edith (Lloyd) Sanders.
A public visitation for Otto was held on Thursday, Dec. 22, 2022, from 10 a.m. to 3 p.m. at the Fulkerson Stevenson Funeral Home Chapel in Williston, N.D. A private funeral will be held at a later date.
Fulkerson Stevenson Funeral Home of Williston is assisting the family. Friends may sign the on-line register and give their condolences at www.fulkersons.com.