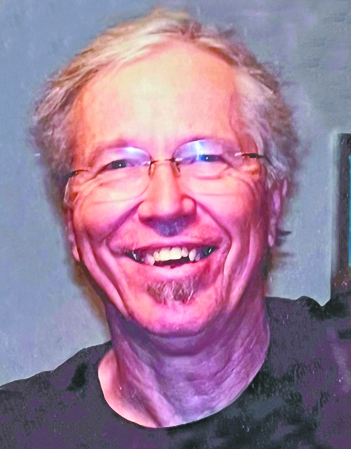 Paige S. Croff, 70, of Spearfish, S.D., passed away at his home on Sept. 30, 2022.
Paige was born in Williston, N.D., on Feb. 26, 1952, to Wallace B. and Ila Mae Croff of Watford City, N.D.
Paige grew up in Watford City, N.D., he graduated from Watford City High School. He was an incredible athlete, with a love for football and his band which was called the Sabers and of course his friends and family. Paige worked at the Pope and Talbot Sawmill in Spearfish, for almost 15 years. He retired in 2010 to be home with his dad.
He is remembered for his kindness, selflessness, and incredible sense of humor. He loved his hobbies and was an incredibly talented craftsman with art and an eye for detail. His hobbies included knife making, making lamps out of deer horns, going to the BHSU basketball and football games, shooting guns and much more. Paige’s love for family and close friends went beyond words. He always made you feel welcome and loved. He will be missed deeply.
Paige’s grandchildren meant the world to him. He loved to surprise them with gifts and hugs. He had many close friends in the Watford, Spearfish, and Belle Fourche areas. He would talk of them often with stories and good memories. He impacted so many lives, whether he knew it or not.
Paige is survived by his two sons, Aaron B. Croff of Belle Fourche, S.D., and Lorr Janssen, of Spearfish; and two daughters, Jessica Croff of Spearfish and Meshanna Swarts of Davenport, Iowa; and six grandchildren, Ember, Adelyn, Finn and Indie (Aaron and Bailee) of Belle Fourche, and Ethan and Jace (Trent and Jessica) of Spearfish.
Paige was preceded in death by his parents; and brother, Ward.
A memorial to celebrate Paige’s life will be held at 11 a.m. on Saturday, Oct. 22, 2022, at the Fidler-Isburg Funeral Chapel in Spearfish. Following the service, a visitation will be held at the family’s home from 2-4 p.m.
Arrangements are under the care of Fidler-Isburg Funeral Chapels and Isburg Crematory of Spearfish. Online condolences may be written at www.fidler-isburgfuneralchapels.com