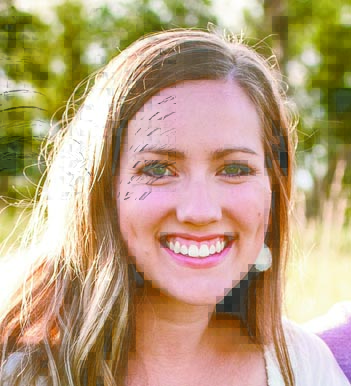 Stephanie Raye (Anderson) Sanford, 27, of Watford City, N.D., formerly of Frazee, Minn., died at the Mayo Hospital in Rochester, Minn., surrounded by her loving family on Nov. 18, 2021 after a year-long, fierce battle with Leukemia and Graft Versus Host Disease.
Stephanie was born on one of the coldest days of the year in January, 1994 in Detroit Lakes, Minn. She grew up on the family turkey farm near Wolf Lake, Minn., with her parents and two older brothers, Erik and Peter.
Stephanie was baptized and attended church at Bethany Lutheran Church near Wolf Lake. She was confirmed at Bethlehem Lutheran in Frazee, Minn.
Steph attended school in Frazee, Minn., and graduated with the Class of 2012. She was a proud member of the successful Frazee Flygirls Dance Team. She received her undergraduate degree at Minnesota State - Moorhead and her Master’s degree in Speech Language Pathology at Minot State University in 2018. Stephanie loved her job as a speech therapist working with young children in the Watford City School system.
On Dec. 28, 2018, Steph married her love, Kevin Sanford, in a small ceremony in Scottsdale, Ariz., and they began their life together. They enjoyed the simple things and both were happy being homebodies. Fishing, hunting, and friends around a campfire were some of their best days.
In November 2019, they welcomed little Sonny Jean into the world and she became the light of their lives!
Stephanie is survived by her husband, Kevin; their daughter, Sonny; her parents, John Anderson and LaRaye Anderson; her brothers, Peter and Erik (Elise); and their 6 children, Thomas, Nora, Rosie, Samuel, Katherine and Michael. She is also survived by her in-laws, Ron and Janet Sanford; Brad (Amber) Sanford and their three boys, Cody, Jack and Carson; Kayla (Peter) Lardakis, and their children, Sia and Will.
Steph was preceded by her grandparents, John and Hazel Pilot and Dennis and Rosie Anderson.
Memorial Services was held Nov. 23, 2021, at 11 a.m. at the First Lutheran Church of Watford City, N.D. Pastor Garrett Gudmunsen officiated. Burial followed at the Cherry Cemetery in McKenzie County, N.D.
https://www.caringbridge.org/visit/stephaniesanford7
Arrangements are under the direction of Fulkerson-Stevenson Funeral Home in Watford City. www.fulkersons.com