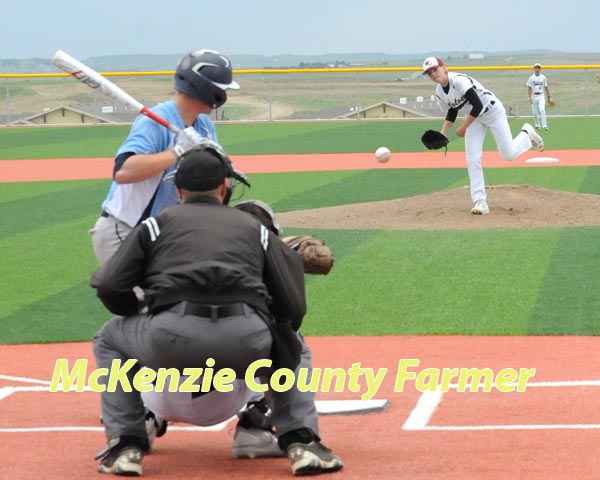 The Bismarck Shiloh Skyhawks swept Watford City in  two varsity baseball games as the Wolves closed out their regular season play on Monday, May 15.
With the end of their regular season, the Wolves are now competing in the Region 7 Tournament in Lansford.
In opening round play of the tournament on May 20, the Wolves defeated Stanley, 3-0, and then were defeated by Mohall-Lansford-Sherwood-Glenburn-Kenmare-Bowbells, 4-2, in second round action.
The Wolves took on Ray on Monday, May 22, however results of the game were not available when the Farmer went to press.