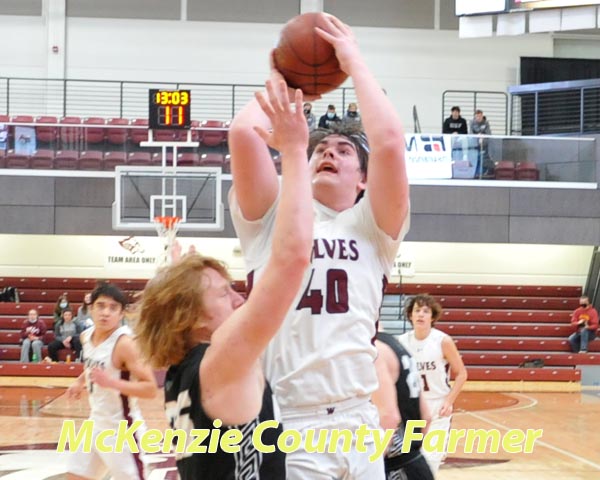 Watford City’s boys varsity basketball team saw its season record fall to 0-6 as the Wolves fell to Bismarck Legacy and Mandan in WDA action  this past week.
The Wolves will be on the road this week as they travel to Belcourt to take on Turtle Mountain on Friday, Jan. 8.
Watford City 34, Legacy 102
Bismarck Legacy made Watford City pay dearly for their 35 turnovers on Tuesday, Dec. 29, as the Sabres turned those miscues into 61 points en route to a 102-34 win over the Wolves.
Watford City continued to find their offense as Legacy led the Wolves, 53-16, at the end of the first half and then posted a 49-18 scoring advantage in the second half.
“I thought that the guys came out ready to play. We did a good job breaking their press,” stated Dave Gumke, Wolves head coach. “We are getting better and are starting to see improvements in competitiveness in practice that will transfer over to the game.”
Caden Cluchie had a solid game for Watford City as he netted 13 points and grabbed nine rebounds.